Find a centre near you... FIND HELP

Ontario is facing a kids’ mental health crisis. To raise awareness, we are sharing stories from families who are a part of our Parents for Children’s Mental Health peer support chapters. These are real parents, real children – and real issues. Our kids can’t wait anymore for mental health care. Families should be able to access kids’ mental health treatments wherever they are, when they need it.

Meet Sarah, a mom parenting a child with mental health issues in Orangeville.

When Sarah moved to Orangeville, north of Toronto, the single mother of two immediately noticed that the small town lacked the same level of children’s mental health services that had been available in Peel Region where she had previously lived.

Sarah’s 13-year-old daughter has autism as well as mental health issues and during the pandemic, her eight-year-old daughter also started to struggle with her mental health. Yet services that had been easily available for her daughters in Brampton were almost impossible to find in her new community of 30,000 people.

“It’s been really difficult to move to a small town because when I came from a big city, my daughter was just being diagnosed with autism and we had so many resources at our fingertips,” she says. “The minute I crossed over the border from one region to another, it became almost non-existent.”

Everywhere she went for help, Sarah ran into wait lists and staffing shortages. Service hours were shortened because of the pandemic. Children’s mental health providers were difficult to reach. Some programs simply weren’t available at all. Sarah’s eldest daughter aged out of one available mental health service by the time she turned six.

The few programs that were available were often grappling with high worker turnover as providers left for better-paying jobs. In some cases, Sarah’s daughters would be assigned to a worker only to be told they were being reassigned to a new worker without ever having met the first one. 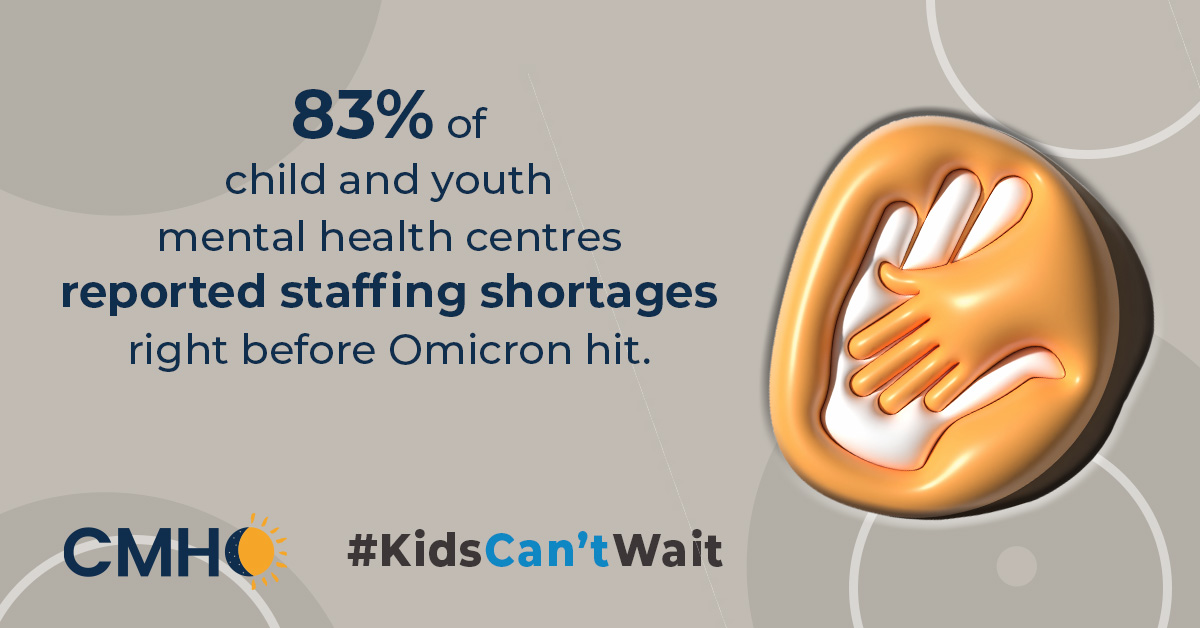 “My family has had so many different workers assigned to us. Sometimes they leave before we even have a chance to see them or talk to them because they’ve found another job,” Sarah says. “So, there’s not a lot of consistent support when it comes to even our own workers. They come and go as quickly as you meet them.”

That has left Sarah struggling to support her daughters on her own during the pandemic. “It’s very difficult for any parent to be trying to manage all of this by themselves while trying to manage their own lives with work and everyday parenting stuff,” she says.

The most important change that will help small town families is for mental health funding to be more equitably spread across the province, Sarah says. Services that are available to families in one community are often not available in neighbouring towns because of jurisdictional issues over funding.

Rather than funding being earmarked for specific regions, Sarah believes kids’ mental health services should be accessible to children anywhere in the province, regardless of where they live.

“The same service from the same organization isn’t accessible by me and my family because we live in a small town and it’s not funded. But two minutes from my house, in that big city region, they have all the funding available to them,” she says. “I just don’t see the reasoning behind that. It’s ridiculous.”

For Sarah, being able to access more mental health services for her children would mean her daughters could get support outside the home to help them to openly express and manage their feelings and cope with the daily stresses of life.

“Every kid deserves to have that opportunity to be taken care of and to have the ability to express how they feel,” she says. “Everybody’s struggling, especially with the pandemic. Every child deserves to be able to just have a fighting chance to get through it.”

Hear from another mom. Meet Laura

You have Successfully Subscribed!